Posted on February 7, 2012 by Tatiana in Black History Month | Leave a comment

As a “PR person”, this one is very close to my heart…

Moss Kendrix was a public relations pioneer who left a lasting legacy and a major imprint on the way African Americans are portrayed through the power of advertising.

During his lifetime, he designed countless public relations and advertising campaigns that promoted African-American visibility for news organizations, entertainers, and corporate clients including Carnation, the Ford Motor Company, and the Coca-Cola company.

He educated his corporate clients about the buying power of the African-American consumer, and helped to make America realize that African-Americans were more complex than the derogatory images depicted in the advertising of the past.

Posted on February 2, 2012 by Tatiana in Black History Month | Leave a comment

Elijah McCoy (1843 or 1844-1929) was a mechanical engineer and inventor. McCoy’s high-quality industrial inventions (especially his steam engine lubricator) were the basis for the expression “the real McCoy,” meaning the real, authentic, or high-quality thing.

McCoy’s first invention (1872) was a revolutionary way of lubricating steam engines without having to shut them down – this automatic lubricator saved an enormous amount of time and effort in transportation and in industrial production. McCoy eventually had a total of 57 patents, and was known throughout the world for his inventions. In 1920, McCoy opened his own company, the Elijah McCoy Manufacturing Company.

Posted on February 1, 2012 by Tatiana in Black History Month, Uncategorized | Leave a comment

Although this is a female-focused blog, I have decided to post a daily profile of African Americans for Black History Month.  As the daughter of a Nigerian immigrant (mother) and African, Native-American and Caucasian-American (father), I have had to seek out “history” because it wasn’t necessarily something taught at home.

I have pondered what type of woman would I be if I was born and raised in a different period of time, from the middle ages, to the civil rights movement.  This is something I may never know, but one thing I do know is that I would not be allotted the opportunities I have and have the attained the accomplishments that I have, had it not been for the hard work, dedication, planning, marching, beatings and deaths of those before me.

So here goes my tribute to my ancestors…

The Tuskegee airmen were the first black servicemen to serve as military aviators in the U.S. armed forces, flying with distinction during World War II. Though subject to racial discrimination both at home and abroad, the 996 pilots and more than 15,000 ground personnel who served with the all-black units would be credited with some 15,500 combat sorties and earn over 150 Distinguished Flying Crosses for their achievements. The highly publicized successes of the Tuskegee Airmen helped pave the way for the eventual integration of the U.S. armed forces under President Harry Truman in 1948.

The Tuskegee airfield program expanded to train pilots and crew to operate two-engine B-25 medium bombers. These men became part of the second black flying group, the 477th Bombardment Group. Shortages of crew members, technicians, and equipment troubled the 477th, and World War II ended before it could be deployed overseas.

Altogether 992 pilots graduated from the Tuskegee airfield courses, and they flew 1,578 missions and 15,533 sorties, destroyed 261 enemy aircraft, and won more than 850 medals.

Posted on July 4, 2011 by Khadija in All In A Days Work, Balancing It All, Uncategorized, You Go Girl...Let Me Hear Your Story | 1 Comment 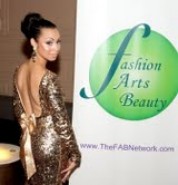 Jessica Styles is a South Carolinian who has taken New York City by storm. Styles is the Founder and CEO of The FAB Network, a consulting firm that caters to students and professionals.  Less than two years after its official launch, The FAB Network has implemented an after-school program in the Bronx and helped numerous young professionals pursue their dream jobs.  “Helping individuals to realize their passions and connecting them with the appropriate resources is the entire game plan for FAB!” she says.

After interning at Donna Karan, Bad Boy and BET, Styles began working at MTV and two years later she landed a job working for legendary fashion house Givenchy.  While working at Givenchy, Styles became passionate about starting a non-profit and started aligning herself with opportunities to learn the business. She concluded that her idea was better suited as an LLC. “I have always had ideas that didn’t exist, entrepreneurship always haunted me . . . I could never escape it so I stopped fighting it!” The FAB Network launched in August 2009.

Perseverance is an attribute that Styles instills in her clients and this trait has been honed from personal experience. After accepting the position at Givenchy, she was told that one of the job requirements was having a car. Three days prior to starting work, the car that her parents had purchased for her was hit by another car. “I ended up having to rent a car for my 1st day of work and when I went to pick up the car, Enterprise refused to rent it to me because of a previous incident in high school. I had to be in Long Island in 2 hours on my 1st day of work with NO WAY TO GET THERE! I called my mom as I stood on the side of the street bawling, literally! She told me to hop in a cab and she would pay me back (my tab ended up being $180).” Jessica Styles has endured professional challenges but nonetheless she came out on top! Her commitment to individuals is compelling and heartfelt. No other word can describe her other than FAB.

If there was one thing you wish someone shared with you about being a successful woman, what would it be?

Always expect to be challenged in ways you’d never imagine. It’s just part of the route to achieving personal greatness. Don’t be alarmed by how many times you want to give up, just know that God will make a way, right when you believe it’s too hard!

On balancing work and personal life:

When I start to feel overwhelmed or tired, I take out time for me to rejuvenate myself. Being outdoors, walking/jogging, water, writing, talking, shopping and traveling all help me to balance work and play!

Tips for young professionals on a budget:

Only buy what you need and when you do decide to splurge, buy basic items that you know you will kill and will totally be worth your investment.

What is your guilty pleasure?

Hmmm…. Late night snacks (definitely!), chips, dancing like no one is watching and the rest are secrets (I can’t blow my cover) ha!

Posted on June 7, 2011 by Khadija in Balancing It All, Uncategorized, You Go Girl...Let Me Hear Your Story | Leave a comment 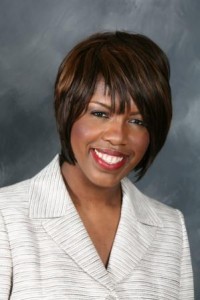 She’s a mother, a GM exec, an avid shopper, and it’s her belief in God that helps her hold it together. Jocelyn Allen is one of those women that reminds us that with hard work and faith, nothing is impossible.

A graduate of Notre Dame and Wayne State University, Allen began her career in film production, working on films being produced by Oliver Stone and Penny Marshall. She continued working in the entertainment industry as the assistant director at WDIV- Channel 4 in Detroit and from there began forging a relationship with General Motors (GM) as a freelance production assistant. Allen has been with GM for 12 years and is now Director of Regional, Grassroots, and Diversity Communications.

On balancing work and personal life: “You have to learn to be comfortable with saying no; you have to make a conscious decision to put barriers around those things that are most important to you and protect them.” An invaluable piece of advice for young women: “Success doesn’t come without sacrifice.”

What makes this Diva so Fab? She’s gives back. She founded an organization entitled “Divas 4 Life” after witnessing what she calls the “generational curse.” A generational curse results from lack of exposure to opportunities being passed down from parents to children. Through her organization Allen offers children educational and career opportunities that would otherwise be inaccessible. Founded in 2002, Divas 4 Life works specifically with girls ages 8-18 to develop key life and professional skills through workshops on self-esteem, public speaking training, and an annual retreat. Despite her many professional accomplishments, Allen claims her life’s work would not be complete without her foundation. Her service to the community is one of her greatest achievements. “Success is finding the space in life that God wants you to occupy and then being a vessel to help others get to their right place in the universe” she says.